What Is A Common Disaster Clause, And Should I Include It In My Will?

What is a common disaster clause, and should I include it in my will?

Your will should cover any contingency. As we know, none of us can predict the future and events having the minimal likelihood of occurring do happen.

Since most couples designate each other as their primary beneficiary should one die, the estate of a deceased spouse usually passes automatically to the survivor. 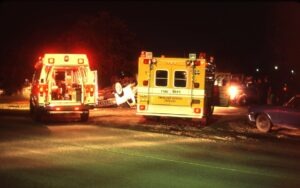 But what happens when both have died at the same time or within minutes of each other? This situation is known as a “common disaster.”

Determining who died first can play heavily in determining how a combined estate should be divided. This problem often occurs when one or both partners come to the marriage with children from prior relationships and have chosen to name different secondary beneficiaries or percentages of the total benefit.

Simultaneous deaths without a common disaster clause in your will can lead to unintended outcomes.

Why is a Common Disaster Clause in Your Will Important?

When the assets are intertwined, couples usually designate their spouse as their primary beneficiary. As a result, determining who died first can become an essential factor.

For high net worth couples, for example, in second marriages with heirs on either or both sides, a common disaster clause can eliminate confusion, expense, and even unnecessary taxation.

For example, assume Brian and Antoinette have named different secondary beneficiaries or percentages of assets if one outlives the other. The typical sequence of events is that if Brian dies, the estate automatically passes to Antoinette. Later, when Antoinette dies, the estate then goes to her designated heirs.

But what if Brian and Antoinette die at the same time? Unless it can be discerned that one died before the other, each spouse’s estate would be distributed as if they had outlived the other.

A common disaster clause in a will or insurance policy can:

The Uniform Simultaneous Death Act, adopted in nineteen states currently and used as a guideline in most others, was created primarily to identify the heirs of couples who die simultaneously intestate or without a will.

In these instances, “simultaneous” deaths are still indicated if the surviving spouse does not survive beyond 120-hours following the passing of the first spouse. The 120-hour rule eliminates the previously mentioned “double-shift” of assets.

Should the surviving spouse endure beyond 120-hours, the estate would go directly to the survivor.

Tragically, the simultaneous deaths of both spouses does occur, often resulting from auto accidents, extreme weather situations, fires, aviation crashes, and other unforeseen incidents. What would happen to your assets should this occur is a serious and potentially complicated matter.

Your Will should address the possibility of simultaneous deaths and incorporate instructions for how your estate should be handled in case such a disaster should occur.

Contact an experienced estate lawyer who can advise you about ensuring your wishes will be fully addressed if a common disaster occurs.

In northern New Jersey, you should consult with the Law Office of Nicholas A. Giuditta III in Westfield to discuss your Will, review your concerns, and address the importance of adding a Common Disaster Clause.

To schedule an initial consultation about adding a common disaster clause to your Will, phone the Law Office of Nicholas A. Giuditta III at (908)-232-0099, or visit the Contact Us page of our website and leave a message.

How Can We Help You ?

I had no idea estate planning was so important until my mom was diagnosed with cancer and had 6 weeks to live. A neighbor recommended Nicholas Giuditta. The first phone call and meeting sealed the deal. His compassion, understanding, and willingness to guide me thru this process when time was of the essence lifted a large burden off of my shoulders. Estate planning at any time is overwhelming but Nick was there with professional guidance and a shoulder to lean on every step of the way. He was always willing to answer any questions, give legal advice, and assist in handling a lot of family drama. I was so pleased with Nick’s services, that my husband and I actually did ‘our’ estate planning with Nick. I would highly recommend Nicholas Giuditta! You not only receive the best professional help but also make a friend in the process!

I hired Nick Giuditta to settle legal issues regarding my mother’s estate. I found him to be a very knowledgeable and capable attorney who carefully listened to the problems about my mother’s estate, asked questions, and he took the time to explain my options and the pros and cons of each possible outcome. I also found him to be always professional, diligent, efficient and transparent in keeping me informed as to everything he was working on that led to the ultimate goal of fairly settling all of the legal issues on my mother’s estate. He met and exceeded all of my expectations. I would hire him again to represent me, and I would not hesitate to recommend Nick’s legal talents, skills and abilities to any person.

I hired Mr. Giuditta to handle my late father’s estate. He did an excellent job in explaining to me what the legalities were concerning my father’s last will and testament. There were items he pointed out that I didn’t even realize I was entitled to that brought upon a messy lawsuit by my family. Mr. Giuditta represented me throughout the proceedings with professionalism and dignity. The outcome was favorable for both sides but sadly proved that money is the root to all evil. I would hire him again without question.