Defending an Executor From Charges of Undue Influence

When creating their will, an individual has the option to distribute assets to whomever they choose.

As we know, testators do not always elect to assign their assets in conventional ways. For example, one may choose to leave their wealth with an animal welfare society or other charity or to a close friend rather than to their children.

In some situations, a parent chooses to leave a greater portion of their assets to one offspring while reducing the portions going to others.

Even though wills must be signed by the testator and two witnesses while in each other’s presence, they can still be contested. Often challenges arise because certain parties believe that the distribution of assets unfairly favored another recipient. In many instances, the claimant alleges that the executor somehow asserted undue influence on the testator before and during the drafting of their will. 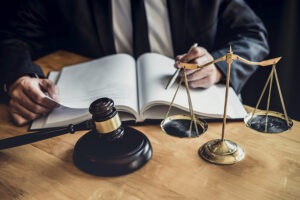 While the law will void any will that resulted from proven undue influence, not all influence can be deemed “undue.”

Proving that an executor or other person had asserted undue influence requires claimants to prove that irresistible physical or mental pressure had been used to subvert the testator’s true wishes.

In such cases, the court will attempt to put itself in the position of the testator at the time to try to determine if all aspects of the will represented their true wishes or rather those of the executor or another beneficiary.

Courts will first try to learn whether the testator had, in fact, been the victim of undue influence when the will was signed. They will review the individual’s age and physical or mental condition at the time. Testimony of doctors and visitors plus medical records can reveal whether the potential for influence existed.

Next, the court will examine any prior wills and any history of testamentary intent.

Proving the Will was the result of  Undue Influence

In each case, the burden of proof for challenging the validity of a will rests with the plaintiff or contestant, not the executor. Unless undue influence can be proven, the will remains valid and the assets will be divided accordingly.

Executors and others facing a charge of undue influence should immediately consult an experienced probate or elder lawyer. With this assistance, you will draft a formal response to the charges.

The lawyer may recommend asking that the charges be dropped.

A copy of the response will be circulated to the contestor and other interested parties.

Subsequently, our lawyer will conduct depositions under oath with the appropriate parties. You will be allowed to request the names of individuals who claim to have important information about the supposed influence to determine their credibility.

Potential outcomes in these cases are:

To ensure there will be no challenges to your estate plan or to defend against subsequent challenges, working with a proven elder law firm is essential. Remove all doubt about your intentions with a clear and unambiguous will.

To help with your will, contact Giuditta Law in Westfield NJ, a licensed New Jersey Estate Attorney, to discuss your plan or to defend against any legal challenges.

How Can We Help You ?

I had no idea estate planning was so important until my mom was diagnosed with cancer and had 6 weeks to live. A neighbor recommended Nicholas Giuditta. The first phone call and meeting sealed the deal. His compassion, understanding, and willingness to guide me thru this process when time was of the essence lifted a large burden off of my shoulders. Estate planning at any time is overwhelming but Nick was there with professional guidance and a shoulder to lean on every step of the way. He was always willing to answer any questions, give legal advice, and assist in handling a lot of family drama. I was so pleased with Nick’s services, that my husband and I actually did ‘our’ estate planning with Nick. I would highly recommend Nicholas Giuditta! You not only receive the best professional help but also make a friend in the process!

I hired Nick Giuditta to settle legal issues regarding my mother’s estate. I found him to be a very knowledgeable and capable attorney who carefully listened to the problems about my mother’s estate, asked questions, and he took the time to explain my options and the pros and cons of each possible outcome. I also found him to be always professional, diligent, efficient and transparent in keeping me informed as to everything he was working on that led to the ultimate goal of fairly settling all of the legal issues on my mother’s estate. He met and exceeded all of my expectations. I would hire him again to represent me, and I would not hesitate to recommend Nick’s legal talents, skills and abilities to any person.

I hired Mr. Giuditta to handle my late father’s estate. He did an excellent job in explaining to me what the legalities were concerning my father’s last will and testament. There were items he pointed out that I didn’t even realize I was entitled to that brought upon a messy lawsuit by my family. Mr. Giuditta represented me throughout the proceedings with professionalism and dignity. The outcome was favorable for both sides but sadly proved that money is the root to all evil. I would hire him again without question.